Embark on the pilgrimage route to Częstochowa, the religious and spiritual center of Poland, home to the Black Madonna, the most cherished relic of the country. 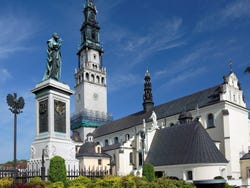 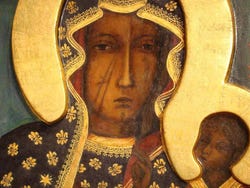 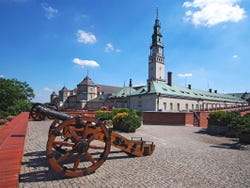 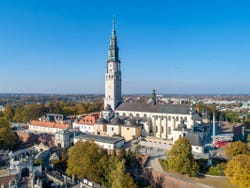 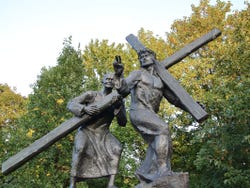 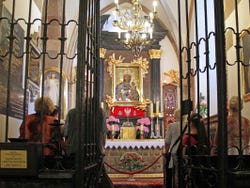 Depart from the city center of Kraków first thing in the morning on a comfortable minibus and relax while you are driven 140km (87 miles) to the Silesia Province, where Częstochowa is located.

Częstochowa is an industrial town in southern Poland renowned for its magnificent abbey, the Jasna Góra Monastery, established by the Pauline monks in 1382. Jasna Góra has become a world-known site of pilgrimage because it houses a magnificent painting of the Virgin Mary and the Christ Child.

The monastery became famous in the seventeenth century when three hundred men managed to protect it from a siege of 12,000 Swedish armed men. This was considered the first miracle of the Black Madonna.

Nowadays, the relic of the Virgin Mary is the most revered relic in Poland and one of its national symbols.

The coach will drop you off in Krakow at around 3pm.

The journey to Częstochowa does not include a guide, but once you get to the destination the guided tour is exclusively in English.

Transport by bus from Krakow.

US$ 100.40
No hidden fees or surcharges
Free cancellation up to 3 days before
Book

Free! Free cancellation up to 3 days before the day of the activity. If you cancel under this time or do not show up, you will not be refunded.

Very well. We were only two people, in a private car. The tour was very good and the guide was great. Opinion translated. Show original.

I travelled with teenagers
8

I travelled with friends
Show all the reviews
like

9 / 10 462 reviews
Take a half-day trip to Auschwitz from Krakow and discover the chilling events that took place in this Nazi concentration camp during WWII.
US$ 43.90
Book
like