It's believed that Nowa Huta was designed on the outskirts of Kraków to demonstrate to the Cracovians and the rest of the Polish citizens the qualities of a Communist government. The main reason for this was that Kraków had one of the strongest Anti-Communist Movements in Poland.

Nowa Huta was designed in 1949 to house the future workers of Tadeysz Sendzimir Steelworks (formerly named Vladimir Lenin Steelworks), an iron and steel plant that opened in 1956. Over time, it employed 30,000 people and became one of the largest steel plants in Europe.

Since the fall of the Communist regime in Poland in 1989, and although many neighbors were reluctant to the idea, Nowa Huta was included in the Greater Kraków area. The factory was sold to the Mittal Steel Company in 2005.

Up until 1989, approximately 100,000 people lived in the district. Nowadays, because of its charming green spaces and low rent, over 250,000 people reside in this neighborhood.

The best way to discover this unique district is to join one of the numerous guided tours that explore the area since Nowa Huta is quite big and spread out. Another perk of the guided tours is that your guide will drive you through the district in a Trabant, the classic East German car.

Nonetheless, if you wish to visit the area at your own pace, Nowa Huta’s primary sight is Plac Centralny (Central Square). The large square in the form of a star links five avenues. Near the main boulevard are several signposts that describe the area and its main sights.

Another important landmark is the Arka Pana (Lord’s Ark) Church, whose interior is even more striking than its exterior. 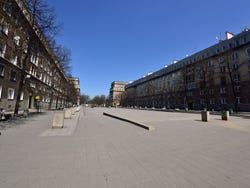 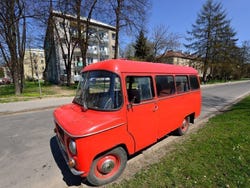 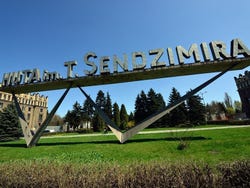 10km east of the centre of Kraków.