The town of Wieliczka in Poland houses one of the oldest salt mines in the world, which has produced salt from the thirteenth century up until 2007.

The mine, popularly called “the Underground Salt Cathedral of Poland”, is 327 meters deep and is nearly 300 kilometers long with numerous subterranean galleries. These maze-like galleries have various rooms and chapels carved out of salt with beautiful sculptures that reflect the history of the quarry.

Discover the fascinating history of the Wieliczka Salt Mine while you explore 3,5 kilometers of underground passages, including 22 chambers with underground lakes, old tools, and machines. You'll also see various sculptures and low reliefs carved out of salt by the miners.

St. Kinga’s Chapel is the most captivating element of the mine. This 54-meter carved room illuminated by large crystal chandeliers and salt-based decoration is breathtaking. Many Poles get married here.

There are several ways to explore the mine depending on your preference. There are also specific routes available for small groups like the Miner’s Route, the Pilgrim’s Route, a special visit tailored for families, and a tour that will uncover all the mysteries of the Wieliczka Salt Mine.

Wieliczka Salt Mine (Kopalnia soli Wieliczka in Polish) is one of the most fascinating and original attractions in Kraków and is not to be missed, even if you’re in the city for a weekend.

How to get to Wieliczka?

There are several ways to get to Wieliczka: 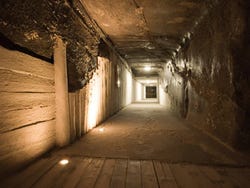 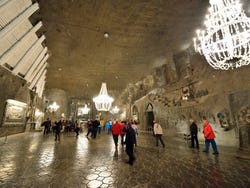 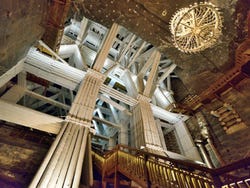 One of the mine's most surprising halls
3See photo gallery 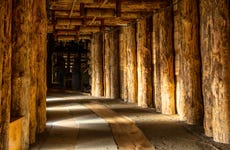