Who was Oskar Schindler?

Oskar Schindler was a German businessman working in Poland when the Germans invaded the country. In 1936, he worked for Abwehr, the Nazi intelligence service and several years later became member of the Nazi Party, therefore he had direct access to the leaders of the movement.

The same year that Poland was invaded, Schindler acquired a Factory of Enameled Vessels (Deutsche Emaillewaren-Fabrik in German) to make cookware sets. Since the German labour costs were too high, Oskar Schindler decided to employ Jews that were in the Plaszow Nazi German labour camp.

As he found out more about how the Nazis treated the Jews in the concentration camps, he started negotiating with his Abwehr connections, collecting valuable information for the Nazis, to protect his workers from being deported to the camps.

His enamelware factory stopped being profitable as a consequence of the war and he transformed his plant to make shells for the Nazis, some of which he ordered be faulty.

Schindler managed to save 1,200 employees, protecting them from deportation and death at the concentration camps.

Nowadays, Schindler’s Factory houses a permanent exhibition “Krakow under Nazi Occupation 1939-1945”. The exhibition reflects the city’s past from 1939 until it was “freed” from German occupation and the imposition of Soviet communist dominance.

The Factory’s exhibits, reconstruction of events, images and recordings from the time will transport you to one of Poland’s hardest years, where Jews suffered enormously.

Schindler’s Factory is amongst the most-visited tourist attractions in Kraków and is a definite must, for its essential part in the history of Poland.

Dispersed throughout the museum are various signs in English meant to explain the events. However, in our opinion, they are too few and are a little confusing. If you want to make the most of this visit, we suggest you book a guided tour. 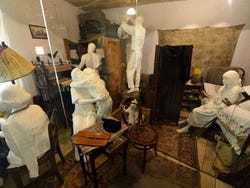 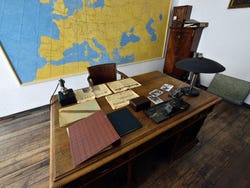