High Synagogue is also known as Tall Synagogue or Wysoka Synagogue, as the prayer rooms were placed on the second floor, making it the tallest Jewish temple in Krakow when it was first built.

When Poland was invaded during World War II, the Nazis devastated the interior of the temple, preserving, however, some of the original murals. These paintings make High Synagogue unique in Kraków.

Wysoka Synagogue is currently inactive and is used to house interesting exhibits reflecting the Jewish people.

Not the most interesting

High Synagogue is truly curious as it is one of the only Jewish places of worship to have its prayer rooms on the second floor. Nevertheless, if you only want to visit the most striking synagogues, we recommend Isaac Synagogue or Tempel Synagogue. 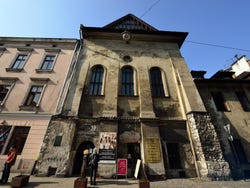 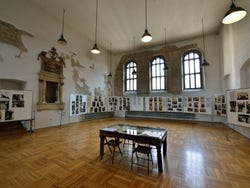