What began as a small temple in the thirteenth century, was rebuilt over the following decades and centuries, and is nowadays a noteworthy Gothic-style edifice.

The Holy Trinity Basilica in Kraków has a splendid interior, especially its lateral chapels that were added throughout the seventeenth century by various wealthy and influential Polish families. Among the numerous shrines, the most beautiful is Saint Hyacinth chapel, where one of the founders of the chapel lies. The space is decorated with attractive stuccos and covered by a magnificent dome.

The Basilica of the Holy Trinity is one of the largest and most important places of worship in Kraków. If you only wish to visit a few churches in the city, we highly recommend this one. 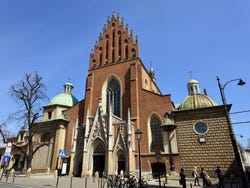 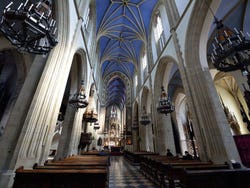