On the southern bank of Vistula river sits the district Podgórze. It was founded as a small town which became prosper under the reign of Emperor Joseph II. In 1915, it was finally permanently attached to Kraków.

During the German occupation, the Nazis formed the Kraków Ghetto in Podgórze on 3 March 1941. It became a hive of illnesses, people and deprivation of rights and liberties. The Polish workers that had to travel through the district on the trams were witnesses to the horrors that went on until 1943.

What to see in Podgórze

Although Podgórze is not the most-visited area in Kraków, it has several historic sites that are well worth seeing. In our opinion, some of the most interesting are the remains of the city walls located on 25 Lwowska Street and 62 Limanowskiego Street.

Ghetto Heroes Square (Plac Bohaterów Getta) was once the main square of the Ghetto and where the Nazis would choose which Jewish prisoners were to travel to the death camps. Today, it is home to The Empty Chairs Memorial, composed of numerous empty iron chairs of several sizes that commemorate the atrocities committed here. In the same square stands “Under the Eagle Pharmacy”, the only pharmacy permitted to operate in the Ghetto, which helped many Jews survive during their captivity.

Near the old Ghetto is the world-famous factory owned by Oskar Schindler. This German businessman managed to save over 1,000 Polish-Jews by hiring them to work in his factory.

His story was narrated by Thomas Keneally in his novel “Schindler’s Ark”, which later was made into a film by Steven Spielberg. 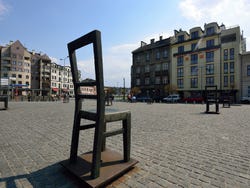 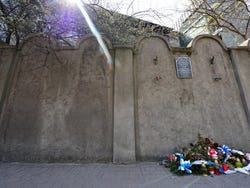