Discover the Polish city's best kept secrets with this Krakow Electric Car Tour - one of the most fun ways to visit the city! 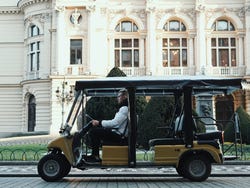 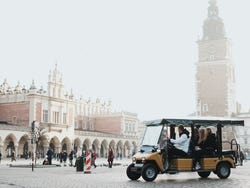 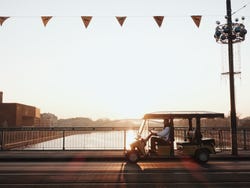 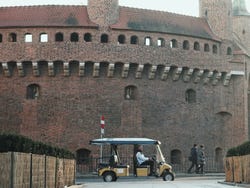 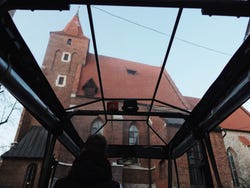 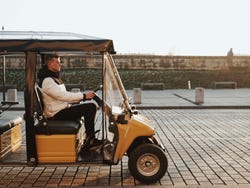 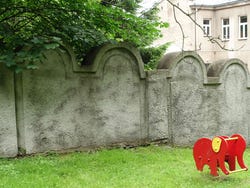 At a time of your choice, we'll pick you up from your hotel in Krakow in an electric car for a 100% eco-friendly tour.

We'll spend two hours travelling through the old town while discovering the Jewish quarter and the façade of the Old Synagogue, a 15th century building considered to be the oldest in Poland. We'll make a stop to take pictures of this building and, if you wish, you can visit it on your own.

Afterwards, we'll drive through the area of the Krakow Ghetto to see the place where more than 15,000 Jews lived in overcrowded conditions during the Second World War. There you can get out of the vehicle and touch the wall that isolated them from the rest of the population, which was also ornamented in the shape of a gravestone.

Next, we'll enter the Market Square, the medieval heart of the city, where three buildings stand out: the Basilica of Santa Maria, the Town Hall and the Cloth Exchange. Did you know that in the past there were torture rooms in the cellars of the Town Hall Tower? We'll leave you some free time in case you want to visit this bastion.

You'll also see Wawel Castle, an imposing hilltop fortress that was the residence of the Polish kings for centuries and contains priceless treasures!

The tour will end by dropping you off at your hotel.

This tour includes hotel pick up from hotels in the Old Town of Krakow, the Jewish Quarter and Podgorze (Ghetto area).

This is a private tour organized for you and your partner, friends or family.

The activity takes place with an audioguide in in spanish.

Pick up at the hotel and return transfer.

Private and exclusive tour, there will be no other people in the group.

Per group from
US$ 117.70
No hidden fees or surcharges
Free cancellation up to 24 hours before the service starts
Book

Free! Free cancellation up to 24 hours before the activity starts. If you cancel under this time or do not show up, you will not be refunded.
like Free

9.50 / 10 73 reviews
Delve into Jewish culture in Poland on a free 2-hour walking tour of Kazimierz, the most vibrant Jewish quarter in Krakow, home to unique synagogues and more.
Free!
Book
like Free

9.40 / 10 259 reviews
Take in the exquisite buildings and streets on a free walking tour of Krakow's old town and see for yourself why it's a UNESCO World Heritage site.
Free!
Book