Poland has a booming craft beer industry worth discovering. Embark on a 3-hour tour of Krakow and visit its best bars while you learn about the brewing process of its finest beers accompanied by several tastings. 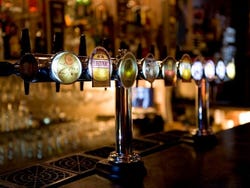 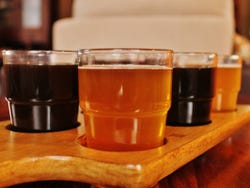 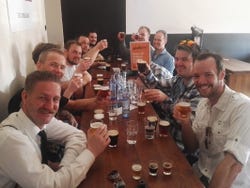 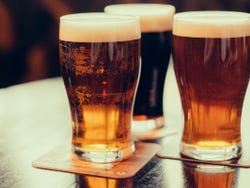 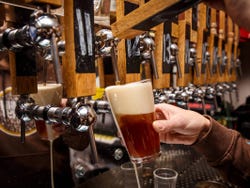 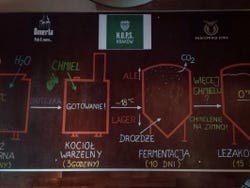 Your guide will be waiting for you in front of the Old Synagogue in the Kazimierz district. This historic building was reconstructed after it was bombarded during the Second World War. Make your way through the city center and learn about the country’s most popular craft beers. Nowadays, beer in Poland is one of the most inexpensive traditional products and both locals and travelers can enjoy a good pint of beer for very little.

While you wander through the picturesque city centre of Krakow, your knowledgeable guide will reveal the various types of local beers in Poland. And while you try the best Polish beer, you will also learn about the differences between “pilsner” and “ale”.

Find out what’s behind a bar counter on your beer tour and what ingredients are used to make one of the most popular drinks in Poland, with a beer tradition of well over a thousand years. Then, learn the best ways to serve this alcoholic beverage and you will be told about the fermentation process and the various virtues of its ingredients: yeast, hop and malt.

You will have become beer experts by the time the beer tour is over, and you will have enjoyed walking past some of the most emblematic buildings in Kazimierz.

You must be at least 18 years old to participate in this activity. You may be asked to show your tour guide your passport or a photo ID at the beginning of the tour.

US$ 45.90
No hidden fees or surcharges
Free cancellation up to 24 hours before the service starts
Book

Very nice tour! The guide was friendly and explains us a lot of things. We had discovered some micro-brewerings in the city and tested their beers. Awesome! A great idea for Beer lovers in krakow.

I travelled with my partner
Show all the reviews
like -5%

9.10 / 10 417 reviews
Take a half-day trip to Auschwitz from Krakow and discover the chilling events that took place in this Nazi concentration camp during WWII.
US$ 44.80
Book
like Free

9.50 / 10 74 reviews
Delve into Jewish culture in Poland on a free 2-hour walking tour of Kazimierz, the most vibrant Jewish quarter in Krakow, home to unique synagogues and more.
Free!
Book