Learn about the dark past of World War 2 with this private day trip to of the Auschwitz-Birkenau concentration camp from Krakow. 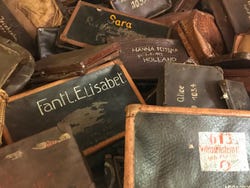 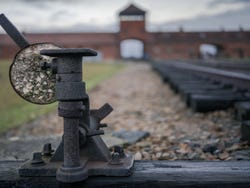 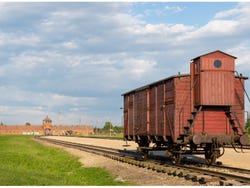 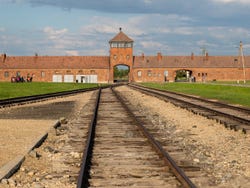 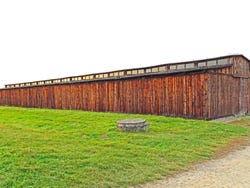 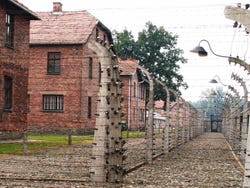 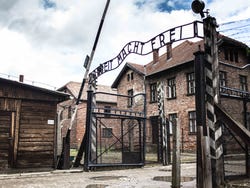 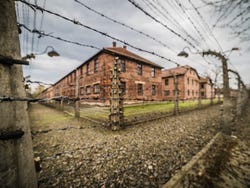 When making your booking, you'll be able to choose from the following two private day trips from Krakow:

Between 7 am and 8:30 am, we'll pick you up from your hotel in Krakow and set off for Auschwitz-Birkenau. In just over 1 hour, we'll arrive at what was the largest Nazi extermination camp during the Second World War. This place has been declared a World Heritage Site since 1979 so that we don't forget the crimes of the Holocaust.

We'll start the tour in the prison blocks; today there are several exhibitions that explain how prisoners were punished for resting after hard work or for any issue that occurred to the SS guards. Afterwards, we'll continue through to one of the most shocking areas of the concentration camp: the gas chambers and cremation area. There we'll learn how far the regime's brutality and how fearful political propaganda could lead people to commit such disgraceful crimes.

We'll continue with the tour discovering the most recognised part of this terrifying place. Here we'll see the train tracks that were used to enter the camp itself with thousands of people on board. When the train stopped, some were selected for imminent extermination, as prisoners or for medical experimentation. Jews, Gypsies, Spanish Republicans, political prisoners and homosexuals all lost their lives in this camp.

From here we can see the barracks, latrines and the remains of four crematoriums with gas chambers that were destroyed in an attempt to hide what had happened in Auschwitz-Birkenau from the Soviet troops. At the end of the visit, you'll have 45 minutes of free time for lunch and we'll return to Krakow, where we'll arrive back at your hotel after a twelve-hour excursion.

If you choose this option, we'll pick you up from your hotel in Krakow at 6:40 am. We'll take you to the Auschwitz Birkenau concentration camp to learn about its tragic history.

After travelling through the camp, we'll pause at the Judenrampe. This sombre part of the camp is the ramp used by the SS until 1944 to "unload" Jews from different parts of Europe.

At around 1:30 pm, we'll return to Krakow and stop at a traditional Polish restaurant so you can have lunch on your own. After lunch, at about 2:45 pm, we'll go on a private tour in English through the Krakow Ghetto. During the tour, you'll see the areas of the city where the Nazis separated and persecuted the Jewish population.

Next, we'll take you to Oskar Schindler's Factory (entrance fee not included). You'll visit this factory on your own and see where hundreds of Jews worked, whom the entrepreneur Schindler managed to save from an almost certain death.

It'll then be time to take you back to your hotel in Krakow, where we'll arrive at 5:15 pm.

This is a private tour organized for you and your partner, friends or family.

Hotel pick up and drop off.

Transport by car or minibus.

Tour in English of the Krakow Ghetto (optional).

Private and exclusive tour, there won't be anyone else in your group.

You can book up until 3 days before the activity as long as there are still places. Book now to guarantee your spot.

Per group from
US$ 368.70
No hidden fees or surcharges
Free cancellation up to 7 days before
Book

Free! Free cancellation up to 7 days before the day of the activity. If you cancel under this time or do not show up, you will not be refunded.

It was all perfect, very well organized. We chose the complete option and it is worth it. In Auschwitz we had Diego as our guide and we thought he was great, you can tell he knows a lot. And for the rest Marga, who knows a lot the same, she even told us personal stories and is super kind, she worried a lot about everything going well. Of course I would repeat! Opinion translated. Show original.

A highly recommended excursion, although it touches the heart a lot. It is a part of history, very sad and incomprehensible. We did the tour in private, the whole family went, in total 14 members, Very well organized, our guide Natalia lovely and she knew a lot about the history of Auswitchz. Totally recommendable Opinion translated. Show original.

Very good, the guide is a professional and the visit was very enjoyable. Opinion translated. Show original.

I travelled with small children
Show all the reviews
like